CHeck out my friends company!

But i'm an emailer!!! believe or not I send out an email every couple of weeks about my experiences in mozambique so if you would like to be included on the email just send your email to arielathan@gmail.com

Arielle
Posted by ALA4LIFE at 12:01 AM No comments:

Wow so I thought I had updated but I didn't actually post anything! So sorry about that... I'm here finally so excited, juiced, ready... I think. I've been staying at a hotel in Maputo for the past two days and tomorrow I go to Namaacha to move in with my home stay family. We have been getting a lot of information on health, safety, we got our vaccines and oh yea we got a lesson on how to take a bucket shower! Honestly I'm looking forward to it, but I do feel like I haven't brought enough clothes because supposedly they take showers three times a day before meals.
I can't wait to post after my experience this weekend, i'm sure it will be hilarious.
Can i just say that I'm super excited to be immersed in the language. I'm so ready to start that learning process, I don't care that I'm not going to understand anything because I will in a few weeks! The portuguese fluency is coming guys.. get ready!
heres a picture of Maputo from my hotel room. 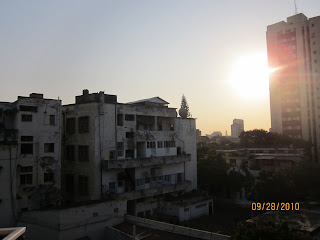 Wow... so i never updated since that last post.. but i promise to be more consistent when i'm living in Mozambique!!! It is tuesday the 21th of September and I leave the 28th! yep SUPER JUICED!
for those of you who don't know anything about Mozambique here is some beautiful pictures and info about the country I will be living in for two years!
http://www.divetravel.info/destinations/indianocean/mozambique_fastfacts.htm 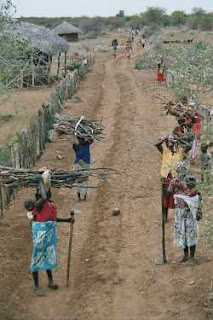 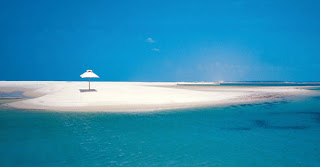 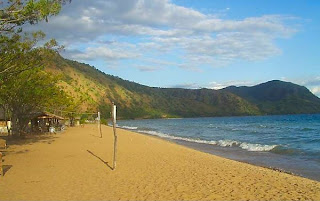 Any day now i should be receiving my Peace corps invitation with information about which country i will be living in for the next two years. I was SO SURE it was going to be yesterday... but it wasn't :( so in the meantime I've been having these anxiety dreams about my acceptance letter. My first dream was that I got invited to serve in Eastern Europe somewhere. I was upset in my dream so I called the Peace Corps placement officers and told them that i felt it was unfair that they are sending me to Eastern Europe because they know that out of all the places I wanted to go that was the place i wanted to go the least... well they agreed... then told me they would send me to Africa instead ( don't remember the details of where)...lol.
The dream I had last night was that I got my invitation packet and I was invited to serve in Cambodia! I was actually quite happy about it in the dream and so was my dad. It also said on the invitation that i was scheduled to leave Aug 21. I was happy because I know that my mentee is visiting thailand and so I was thinking (in my dream) "oh Shalisa can come visit me!" however part of me was sad because I was expecting to go somewhere in Africa.
I know that wherever I end up will be a learning experience and I'll be happy either way... nervous but happy. I just really want to find out today!!!!
Posted by ALA4LIFE at 9:17 AM 1 comment:

After watching bobsledding in the 2010 winter Olympics, I of course thought back to the movie 'Cool Running' based on the true story of the first Jamaican bobsled team. How I loved that movie as a child, watching underdogs make it to the top, those movies have always inspired me. So anyways I just finished watching after 10 years since the last time I saw it. Now being older and wiser about how movie studios tend to bend the truth, when making these "true" stories, I decided to look up some information about the bobsled team and this is what I found... quite interesting.

The Jamaican four-man bobsled team debuted at the 1988 Winter Olympics in Calgary, Alberta. There they quickly became a fan favorite largely because of their status position as the ultimate 'underdog' story of the games. Not only was there the novelty of having a tropical country compete in a cold-weather sport, but they had very little practice going down a bobsled track before, and they borrowed spare sleds from other states to compete. In a show of worldly brotherhood, other bobsledders were quick to give them guidance and support. They did not officially finish after losing control of the sled and crashing during one of their four runs. However, they showed significant improvement throughout the games and impressed observers with some fast starts. After crashing, they famously got out of their sled and walked with it to the finish line to great applause. [2] This team was the inspiration for a major motion picture,Cool Runnings featuring John Candy as the team's coach. The characters in the film are fictional, although the original footage of the crash is used during the film. The film's depiction of the post-crash rescue was changed to show the bobsledders carrying the sled over the line on their shoulders for dramatic effect.

The team returned to the Olympics in the 1992 Winter Olympics in Albertville, France, but finished poorly.[3][4] They qualified again for the 1994 Winter Olympics in Lillehammer, Norway. There, the Jamaican four sled stunned many of their critics by finishing in 14th place, ahead of the United States, Russia, France and one sled from Italy.[5]

In 2000 the Jamaicans won the gold medal at the World Push Bobsled Championships.

Even though they did not make the 2010 winter Olympics I'm really happy they have not given up... and I will be so happy when they do qualify again.

Last night my good friend Kelly and I went to the Mos Def concert. This was the first time I had ever been to one of his shows. He Was Amazing! This was a different kind of amazing from like say the Brittney spears concert i went to last month or the Jay-z concert i went to three years ago.
When Mos came out on stage i remembered how a lot of people were really disappointed with his album New Danger because of how different it was I also remember loving it for that exact reason. I love when Artists aren't afraid to do something just because their Label gave them a label or society wants them a certain way.
Mos Def came out on stage and rocked it because he wanted to NOT because he had to, and it didn't matter if the audience was having a good time, he was thoroughly enjoying himself. There is such a different feeling you get from an artist like him than an artist who has been on tour for six months and is doing it because its part of the job or someone who is worried about the audience having fun.

I had a great time watching him have a good time, it didn't matter if i knew all the songs.
I am so inspired to be that way in life doing things because i want to do it and not because it pleases someone else.

moral of the story: do what makes you happy regardless of someone or thing else! lol
if you have a chance to see him in concert i highly recommend it!!
Posted by ALA4LIFE at 4:04 PM 1 comment: